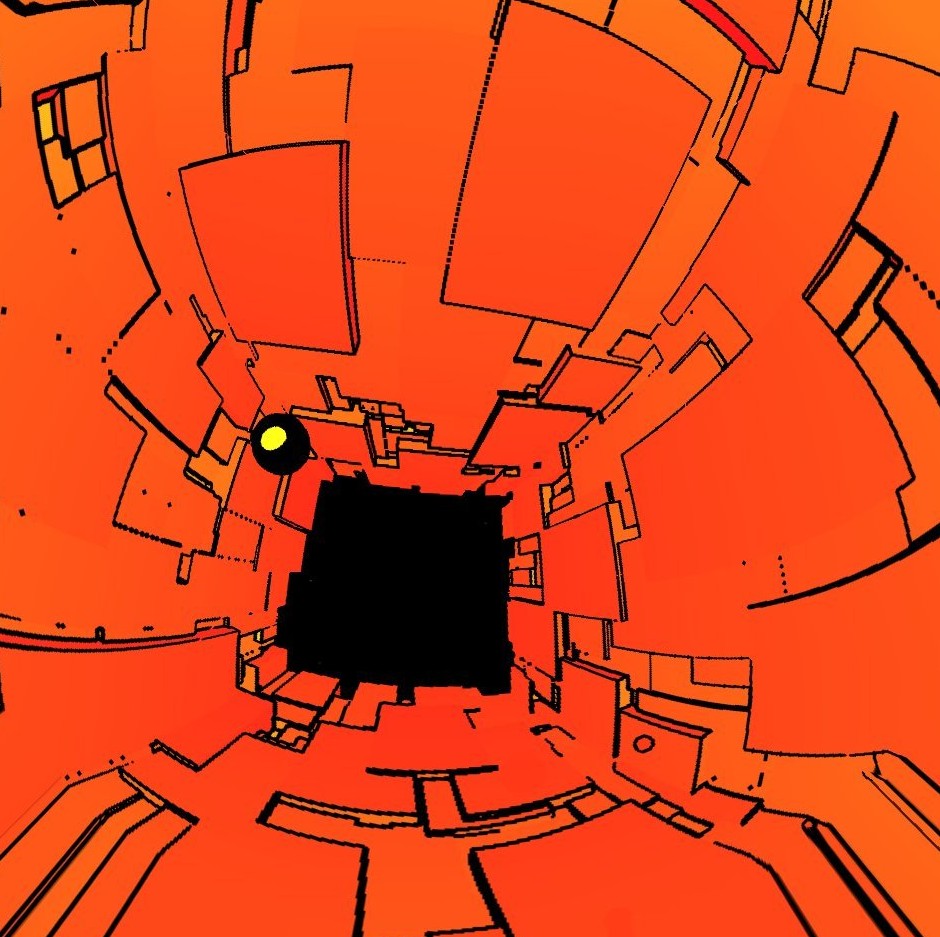 Equilibre is a multiplayer ludic experience conceived and prototyped during my 3-month internship at the SAT in Montréal with the help of the Metalab team. It was designed for the Satosphere, an immersive dome-like theater with a 360° spheric screen and a 150-speaker Meyer soundsystem.

In Equilibre, the ground of the dome is assimilated to an unstable plateform, on which the players (~40-50 at a time) can freely walk.
Their movement is captured by a camera placed on the top of the dome, and is relayed back to the physics engine which sets the rotation of the plateform.
The goal of the game is to maintain the plateform still despite of the rocks falling on it and disturbing its balance.